With 90% of the world’s trade transported by sea, it shouldn’t be surprising that we are seeing an escalation in sanctions and regulatory policy relating to maritime transportation and supply chains.

The world we live in now

The more recent escalations of events in North Korea and the subsequent increase in terms of trade embargoes, are just one example of how governments & regulators are now very focussed on the maritime sector - and as with all policy, we can expect to see regulations becoming increasingly specific and targeted.

The maritime elements of the UNSCRs and actions by cooperating states have reduced North Korea’s ability to generate revenue, as well as import & export weapons using the seas. It remains an area where the UN and its allies hold a tremendous advantage and they should continue to leverage this as part of a broader regulatory strategy.

Technology is now making great strides in giving governments and regulators the ability to police and enforce maritime-related sanctions without relying on luck and good fortune; and as with all areas of regulation the implementation of sanctions is always better when regulators recognise how these can be policed, setting specific standards for best business practice in industry sectors.

The Monetary Authority of Singapore (MAS) has been the world leader in issuing prescriptive guidance in the trade sectors. While their expectations are of a higher standard than many anticipated, for the first time institutions have a clear idea of where the bar is set. Clarity in terms of regulatory expectation is a big step forward, and it’s something that should be taken into account by other regulators around the world.

To date, most of the penalties for breaches in sanctions have been heavily geared towards the financial markets sector. Banks that are financing trade have, without a doubt, needed to increase their levels of compliance and due diligence, and they are increasingly looking at innovation in new technology and new areas (like blockchain) to assist in this process.

The problem with trying to enforce regulations relating to global trade finance in just the banking arena comes back to the estimated 20% of trade that is documented and the 80% of trade done on open account. Clearly a bank that receives the underlying paperwork in documentary trade will have a far greater chance of interdicting illicit activity than in transactions where they don’t and whilst the majority of banks take their responsibilities in these areas more than seriously there are clearly limitations in what they can do.

The future of maritime trade sanctions

There are - of course - many other actors and players engaged in maritime trade; and they are beginning to contribute towards this international goal of making our oceans a safer place to do business. At Pole Star, we are starting to engage with governments and flag administrations where our technologies can be used to streamline and automate regulatory procedures for new and registered vessels. We’re also looking into areas like homeland security, where every vessel entering a country’s territorial waters can be automatically screened - identifying any sanctions nexus or previous high risk ports of call. We’re also building proof-of-concepts for maritime insurers who are increasingly coming under the regulatory spotlight, making the management of large portfolios fast, easy, and commercially viable.

An increasing number of the world’s bunker providers (which is a $250 billion dollar business) are looking to technology to ensure they are not providing services to sanctioned entities along with the banks that finance these bunkering companies.

The banks engaged in the financing of ships are taking a closer look at monitoring the parties they lend to and the activity of the vessels that they finance; making sure they are in line with their own regulatory requirements. Similarly, ship management companies are also starting to engage in screening and monitoring of the assets that they manage, giving both themselves and their clients great comfort in an ever-changing geopolitical landscape.

At Pole Star - the world’s leading provider of technology systems to the maritime domain - these are some of the new areas where our technology is starting play its part in maritime risk management and compliance, helping to make our oceans a safer place to trade. 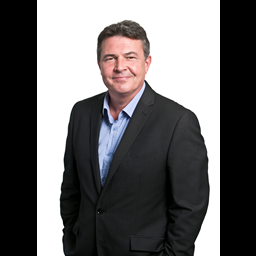