Pole Star are delighted to have won second runner-up of the Monetary Authority Singapore (MAS) FinTech Award, presented at the Singapore FinTech Festival by Tharman Shanmugaratnam, Deputy Prime Minister of Singapore and Chairman of the MAS, with a prize of S$50,000. 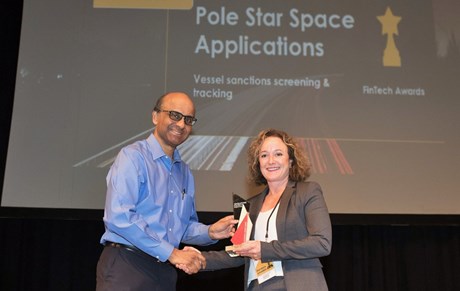 With approximately 90% of world trade transported by sea, and trade increasingly being used as a mechanism to facilitate financial crime, it has increasingly come under the spotlight as a means of breaching sanctions regulations. Pole Star’s sanctions screening solution, PurpleTRAC, was designed with and for financial institutions, and is being used by major banks and trade finance companies around the world to manage reputational risk, and to ensure regulatory compliance.

Julian Longson, Managing Director of Pole Star, says, “Given the impressive talent pool from which we were selected – 220 nominees and 40 finalists – this is quite an honour. Additionally, it’s a tribute to a best-in-class product and the excellence of the team behind it. It’s no secret that Singapore is one of the leading innovation centres in the world, and our recognition as an innovative technology provider in Singapore is an endorsement worth celebrating.”

Pole Star have existing connections to the Singapore Government, who are known for setting a high standard across the board when it comes to compliance and regulation. Pole Star hosts the Long Range Identification and Tracking (LRIT) Data Centre for the Maritime and Port Authority of Singapore, collecting and disseminating the positions of ships subject to international regulation.

“The MAS should be applauded for leading the way with innovative events like FinTech Festival. This engagement between financial market institutions and the technology sectors are, without a doubt, setting new standards in the global fight against financial crime. I would like to thank them for this award, which means so much to our company.” Simon Ring, Global Head of Financial Markets at Pole Star

The award has pushed Pole Star into the spotlight, who have reported over 500 enquiries from various financial institutions and regulators off the back of the attention garnered at the Singapore Fintech Festival.

First and second place were awarded to non-competing companies. 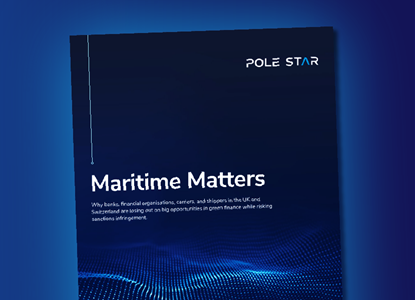 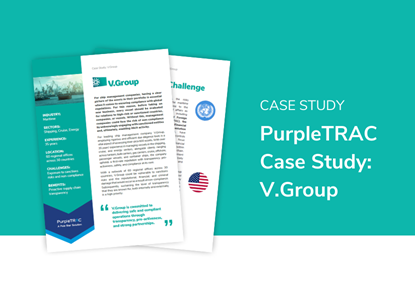