The US has reinstated all sanctions on Iran which had been removed under the 2015 Joint Comprehensive Plan of Action (JCPOA) nuclear deal. 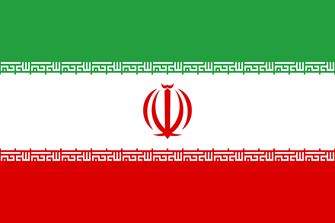 This is the largest ever single-day action targeting Iran, and is designed “to disrupt the Iranian regime’s ability to fund its broad range of malign activities, and places unprecedented financial pressure on the Iranian regime to negotiate a comprehensive deal that will permanently prevent Iran from acquiring a nuclear weapon, cease Iran’s development of ballistic missiles, and end Iran’s broad range of malign activities”.  The sanctions exclude humanitarian goods such as food, medicine, and medical devices.

Over 700 individuals, entities, aircraft and vessels are now on the sanctions list, which includes major banks and shipping companies. Sanctioned entities now include Iran’s national maritime carrier, the Islamic Republic of Iran Shipping Lines (IRISL), and oil transport giant National Iranian Tanker Company (NITC). OFAC has also included 65 IRISL subsidiaries and associated individuals, as well as 122 vessels which were identified as property in which IRISL has an interest.

OFAC has advised the global maritime industry to “be on alert for Iran’s use of [deceptive] tactics and make every effort to thwart Iran’s use of their jurisdictions to create front companies; to revoke their flags from IRISL and NITC vessels; and to deny other means that enable Iran to conceal its interest in the vessels.”

Buyers of Iranian oil will now be penalised, in an effort to reduce Iran’s petroleum exports to zero. The sanctions will deeply affect Iran’s oil industry, a crucial part of the country’s already-struggling economy. However, the sanctions fell short of the US’s aim of cutting off Iranian oil exports entirely, with eight countries granted temporary waivers: China, India, Italy, Greece, Japan, South Korea, Taiwan and Turkey. It has been said that these countries have agreed to reduce oil imports from Iran dramatically, with two set to eventually stop imports.

How will the US be tracking Iranian attempts to evade sanctions?

“Make no mistake about it, the Iranians will do everything they can to circumvent these sanctions – that’s unsurprising to me. They’ll turn off ships, they’ll try and do it through private vessels, they’ll try and find third parties that don’t interact with the United States to provide insurance mechanisms. The list of Iranian efforts to circumvent these sanctions is long. You should all recognize there’s a reason for that. These sanctions are far tougher than the sanctions that have ever been imposed on the Islamic Republic of Iran. That is why they are so desperate to find ways to circumvent it. And I won’t speak to our efforts to counter those circumvention efforts. There are many, they are varied, and make no mistake: The United States is fully prepared to do all that we can to prevent Iran from circumventing not only the crude oil sanctions and the financial sanctions, but all of the designations and all of the other sanctions that are being re-imposed this coming Monday and those that are already in place.” -Secretary Pompeo

How can we help?

At Pole Star, we strive to encourage compliance in the maritime world. We can help ensure that you understand how to remain compliant following the re-imposition of sanctions on Iran. Our PurpleTRAC regulatory technologies automates complex risk management and compliance procedures in an easy-to-use web-based solution. PurpleTRAC was created in conjunction with some of the biggest and best financial institutions globally, and is currently used by them to streamline compliance, as well as by ship owners to facilitate chartering ships.

To find out more about PurpleTRAC and what it can do for you, contact Simon Ring.