No Hiding From Climate Change: Driving Action in Maritime Trade

With extreme weather conditions, from record-breaking heat, to forest fires, and flash flooding spreading across the U.S., Canada, Europe, and Asia, the world is slowly refocusing on the next imminent global crisis: climate change.

This week, the latest Intergovernmental Panel on Climate Change (IPCC) report has been dubbed a “code red for humanity” by the UN Secretary General, stating that human activity is changing the climate in unprecedented and irreversible ways. However, there remains hope that significant reductions in greenhouse gas emissions could restrain rising temperatures and prevent a climate catastrophe.

As we’re well aware of the causes of climate change, the maritime industry, in particular, is on high alert. Shipping is responsible for 2.5% of global greenhouse gas emissions; if it were a country, it would have the 6th highest global emission output, following only China, the U.S., India, Russia, and Japan. And, with the pandemic causing a boom in container shipping due to record levels of e-commerce online shopping, in conjunction with estimated ocean-going cargo volumes set to grow by 130% by 2050, this figure currently shows no signs of slowing.

In recent weeks, Walmart topped the list of U.S. maritime import polluters, followed by the likes of Target, IKEA, and Amazon among others, highlighting the scale of maritime emissions. In 2019, Walmart alone was responsible for 3.7 million tonnes of climate pollution due to its shipping choices, more than an entire coal-fired power plant emits in a year. In conjunction, IKEA’s CO2 emissions exceeded 412,000 metric tonnes, with Amazon emitting over 391,000, and Nike reaching more than 313,000.

In fact, the top 15 major U.S. companies produced 12.7 million metric tonnes of CO2 through their shipping freight emissions in 2019, which is equal to the annual emissions of 3 coal-fired power plants. They are also responsible for emitting more sulphur emissions than all on-road vehicles in the U.S. combined, and as much particulate matter and nitrous oxide emissions as the entire U.S. mining industry.

As it stands, not only has the world’s shipping fleet quadrupled in size since the 1980s, but all 50,000 merchant vessels on the seas today are powered by fossil fuels. As a result, overseas manufacturing and transoceanic shipping are having detrimental consequences on our climate, as well as causing huge environmental and health problems for communities around the world.

The maritime industry in action

Climate change is not only affecting the environment and our health, but it also poses significant risks to the financial system due to the physical risks of natural catastrophes and widespread environmental degradation, as well as those associated with the adjustment period of transitioning to a sustainable economy. These include the enforcement of new regulations and public policies, disruptive technology developments, and major shifts in consumer and investor preferences too.

However, it is now widely understood that finance is the key to unlocking a sustainable future and, with banks having still focussed on financing fossil fuels over climate-friendly projects in recent years, 2021 could finally be a critical tipping point. According to Bloomberg data, this year has seen green debt issuance keep up with oil, gas, and coal-related finance for the first time ever.

If this continues to be the case, climate action within the financial sector can help to unlock huge economic growth and the creation of new jobs, particularly as the world aims to repair the impact of the pandemic. With this in mind, the financial sector could be leading the way towards a more sustainable economy, with global regulators, the maritime industry, and companies worldwide following suit.

Since the Paris agreement set the target of reducing global greenhouse gas emissions by 45% by 2030, and reaching net zero by 2050, further regulations have begun to emerge across industries. For example, one of the pivotal regulations put in place in the maritime world was the 2020 IMO Sulphur Cap; the first step in reaching the IMO’s aim of reducing international shipping carbon emissions by 40% by 2030 and 70% by 2050, off the 2008 baseline. While this may seem ambitious now, goals like this send signals to the rest of the industry that change is coming and the whole supply chain must be prepared.

Up until now, the shipping sector has been excluded from countries’ climate plans, creating disparity between meeting climate goals and actually reducing our impact. However, in April of this year the UK incorporated shipping emissions in its target budget for the first time, ensuring greater transparency and accounting for the maritime sector. In conjunction, the upcoming COP26 Climate Summit will explore the future of shipping and accelerate action towards the goals of the Paris Agreement and the UN Framework Convention on Climate Change. 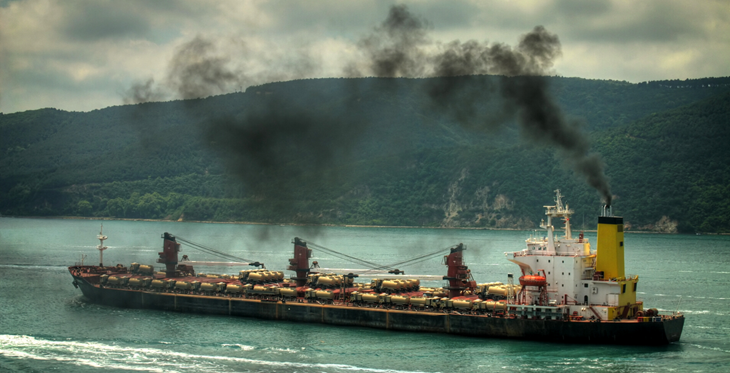 The cost of sustainability

While many pledges have been made and many goals have been set, a sustainable future will only be achieved when significant action has been taken and continues to be done so. For an idea of scale, for the maritime industry to meet its net zero targets, shipping needs to match the pace of the electrification of road transport, but this requires investments to be made throughout supply chains, from governments all the way through to the private sector. Green finance is required to drive that transition and support businesses in taking full advantage of the opportunities of decarbonisation, but to do this, every financial decision needs to take climate into account.

As a result, banks, insurers, investors, and other financial firms need to commit to ensuring their investments and lending are aligned with net zero. To achieve this, ESG investments and collaboration are key for the faster development of sustainability-based programmes and technologies.

To prevent exceeding the 1.5 degree temperature increase from pre-industrial levels, the need for decarbonisation is urgent, but there are many other benefits to transitioning to a sustainable economy sooner rather than later. For instance, the cost of transitioning gradually will be significantly less for companies than the consequences of noncompliance after new regulations have been introduced. Moreover, investor and client interest will peak when companies are adhering to ESG programmes and reducing their supply chain emissions. Ultimately, this also pays off transitional expenses. In contrast, a delayed transition could bring about sudden policy implementation, forcing the rapid decarbonisation of the economy and, in turn, creating severe financial and economic disruptions.

In the past year, Pole Star has formed two key partnerships to redirect the maritime trade supply chain towards more environmentally conscious decision-making. By integrating both Vasanda EcoSphere and CarbonChain’s emissions calculations into our sanctions screening and compliance platform, PurpleTRAC, Pole Star is providing customers with a 360-degree view of regulatory and sustainability risk.

Vasanda EcoSphere aggregates raw environmental impact data to ascertain key risks associated with any actively traded commodity, supplier, grower, or miner. This data is then used to determine the environmental or social risks associated with a transaction and categorises them by environmental or climate impact risks, social conditions of the supply chain, and governance metrics of the supplier, producer, or miner. Similarly, CarbonChain brings emissions calculations on over 130,000 vessels to the table, providing greenhouse gas emissions data and a vessel’s environmental impact rating in comparison to their competitors.

By forming this groundbreaking collaboration and incorporating these functionalities into PurpleTRAC, the platform becomes an end-to-end solution covering the full spectrum of risks across sanctions, compliance, and sustainability in global maritime and commodities trade.

Learn more about our partnerships with Vasanda and CarbonChain. 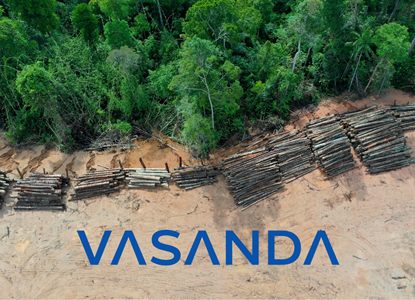