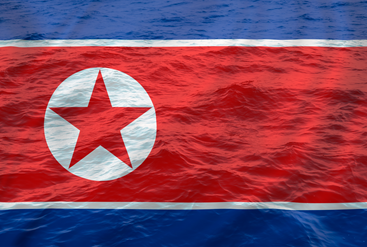 The latest report released by the United Nations Panel of Experts on North Korea (or Democratic People’s Republic of Korea, DPRK) details cases of proven or alleged sanctions violations of the UN Security Council resolutions on North Korea between 2 February 2019 and 7 February 2020.

The Security Council resolutions have been put in place to prevent and deter countries from assisting North Korea’s procurement of equipment for its sanctioned WMD and ballistic missile programmes. However, the Panel’s report makes it clear that both new and long-standing sanctions evasion techniques continue to be used to hide related illicit activity, alongside an increase in direct maritime trade of sanctioned commodities.

Over the course of this one year period the Panel reported over 250 alleged violations, involving 62 countries; an increase of 6 countries on the previous year’s findings. Of those listed, 39 countries were responsible for two or more violations and, while some were less surprising, such as China (responsible for over 60 violations), others such as France, Germany, Italy, the UAE, and the USA were more unexpected.

The sanctions violations were broken down into five major categories: military-related, business and financial-related (including the employment of North Korean workers), DPRK procurement-related (sellings goods), import-related (buying goods), and shipping-related (the provision of transportation and related services). Faced with global port bans, North Korea relies on complicit foreign-flagged vessels to transport illicit cargo, like undeclared petroleum, to their ports, using illegal ship-to-ship transfers and other techniques to avoid detection. Consequently, 17 countries were found to be responsible for such shipping-related violations, up from 14 countries in 2018-19.

The report refers to these complicit foreign-flagged vessels as “supplier vessels” and the Panel states that many of these violations stem from open ship registries that may not have a clear overview of the vessels registered to their flag, thus allowing supplier vessels to engage in illicit activity undetected. In addition, these vessels will use deceptive shipping practices such as STS transfers, disabling their Automatic Identification System (AIS), physical disguise, name changing, and other identity fraud. It is for this reason that the Panel advises countries to regulate and vet companies and ship registries, to prevent shell and front companies from exploiting their flag registration.

While the UN Panel of Experts reported that 10 countries engaged in STS transfers or direct deliveries from or to North Korea, it also states that several of these violations were preventable with additional due diligence. For this, the Panel suggests practices that include confirming all port of call destinations, the usage of certificates of ultimate origin and destination, and the verification of such documentation. However, using this report in conjunction with the recently released sanctions advisory from U.S regulators, those with risk exposures in maritime trade and shipping can build up a clearer understanding of the compliance processes needed to mitigate the risk of sanctions violations.

The Panel of Experts report has raised well known weaknesses in the maritime infrastructure and highlighted the extent to which potentially unsuspecting countries are servicing North Korea’s sanctioned programmes. Here at Pole Star we have a suite of solutions to assist you in ensuring full sanctions compliance across all aspects of the maritime supply chain.

For flags, PurpleTRAC can also be operated alongside our Maritime Domain Awareness (MDA) solution for full visibility of your maritime domain.

Get in touch with us now at sales@polestarglobal.com to learn more.