From a global pandemic to a looming economic crisis, 2020 has been one of the most significant years in recent history. The same can be said for the world of regulation and compliance, with the unprecedented, yet expected, widening of regulatory focus.

In our last blog post, we explored the basics of a robust sanctions compliance program, in order to help corporates understand what regulators are looking for and how to align their internal processes in conjunction. This week, we are speaking to Simon Ring, Pole Star’s Global Head of Financial Markets Compliance on his top five tips for corporates with regulatory exposure in maritime trade.

Simon, thank you for joining us today. Before you go into your top points, could you provide us with a bit of background on how regulators are focussing on maritime trade and its associated supply chains?

It’s common knowledge that approximately 90% of world trade travels by sea. The supply chains that underpin this are gargantuan and, while it took regulators some time to shift their focus from primarily financial institutions, the past 2 years have shown that nobody in this industry who is engaging in illicit practices, or using shortcuts in their compliance processes, is safe. In the past 6 months, we’ve seen OFAC and OFSI release advisories that issue sector-specific guidance to financial institutions, insurers, shipping companies, port authorities, vessel captains and many more.

With such a large number of transactions happening daily to support the maritime industry and its associated supply chains, there is a lot to look at and track. But, basic vessel screening no longer provides anything near the level of detail you need to show best efforts in compliance. It’s about all of the parts around that, such as the ship’s movements, its history, its trading patterns, and its reporting, as well as doing everything possible to minimise gaps in reporting, or ships “going dark”.

With this in mind, could you explain the first key point that those with regulatory exposures in maritime trade should bear in mind when considering compliance best practices?

It is absolutely vital to understand that the most common types of deceptive shipping practices don’t always look the same. The sheer amount of daily transactions is enormous, and for a human to look through every single one in a timely manner is impossible. That being said, you are essentially searching for a needle in a haystack. We will discuss the importance of technology in refining this process later on, however, for now I’d like to look at two different types of deceptive shipping practices.

You mentioned the importance of technology, could you expand on that?

While the world has moved into a digital age that is rapidly embracing the uptake of digital processes and new technologies, global trade, which is critical for powering economic growth in increasingly connected global economies and digitised commerce, remains paper-based and outpaced.

This brings me to my second point: the importance of technology cannot be understated. While it will never replace human beings in this field, it is absolutely essential in finding the so-called needles in the haystack, or cases that flag up certain risk factors.

International trade is a highly complex process, with enormous volumes of goods in transit at any given time. The trade financing industry is worth over $9 trillion, but the traditionally paper-based trade financing and maritime transportation industries leave corporates systematically challenged by procedural inefficiencies, alongside a lack of transparency and automation across the supply chain.

These systemic inefficiencies lie in the multitude of players and documents involved in a single trade finance transaction, with such players ranging from major international banks to customers authorities, shippers, customs, and insurers, among others. 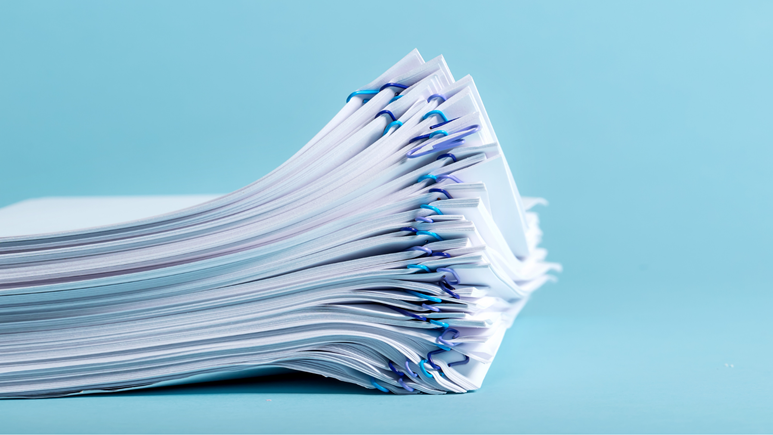 Trade documentation is still highly paper-based, with shipment delays lasting for days rather than hours while documents are processed through data entry-type paperwork. Each data entry site presents a potential point of failure, exposing the industry to fraud and human error, such as duplication and the loss of files.

The elimination of paper from the processing of trade finance transactions has the potential to reduce output time by two hours per transaction. When combined with the appropriate application of technology to compliance processes, this could cut compliance costs by 30 percent or more. Moreover, by speeding up the process and minimising manual elements, the cost of transaction processing will be lowered, in turn reducing the cost of trade financing and enabling goods to move through supply chains faster and more cheaply.

This clearly presents a huge opening for Regulatory Technology providers globally. Now, you touched on the importance of paper trails. Could you tell us more?

Paper trails have become essential to prove demonstrable efforts in compliance, but just because the maritime industry is still highly paper-based, the most reliable of these paper trails are actually digital.

In the case of a regulatory investigation, corporates that followed guidance issued by regulators, such as OFAC’s Framework for Compliance Commitments, will most likely be favourably considered due to the existence of an effective SCP at the time of an apparent violation. For the company under investigation, this means a potential positive impact on both the form of resolution and the severity of the penalty. Moreover, a company adhering to a SCP based on guidance issued by regulators, particularly OFAC, may stand a lower chance of becoming involved in an OFAC violation.

As regulators continue to crack down on sanctions regulation breaches, we have begun to see a renewed focus on ensuring the use of tamper-proof systems and processes to demonstrate best efforts in compliance.

Ownership of a vessel, among other factors, can change at any time during a transaction. How does this play into compliance processes?

This actually brings me to my final point, that you must know exactly who you are doing business with at all times. 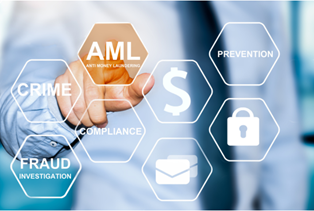 Financial system abuse is one of the most common deceptive shipping practices. In such cases, bank accounts are often established with the primary purpose of engaging in and concealing illicit activities. These can be used as fronts to conduct transactions in violation of sanctions and facilitate illicit shipping practices. Bad actors also often set up complex corporate ownership and management structures to hide the ultimate beneficiary.

This reinforces the need for regular screening to catch any changes that may have occurred. Conducting screening only at the point of onboarding KYC processes is a fatal flaw, as it leaves corporates open to the risk that ownership, or other facts, may have changed between then and now.

So, how can PurpleTRAC help with these points?

PurpleTRAC is our award-winning revolutionary regulatory technology system for institutions with sanctions and risk management exposures in maritime trade, enabling users to screen and track vessels and their associated ownership and management in seconds, by entering only the vessel’s name or IMO number. Within 30 seconds, PurpleTRAC screens for: 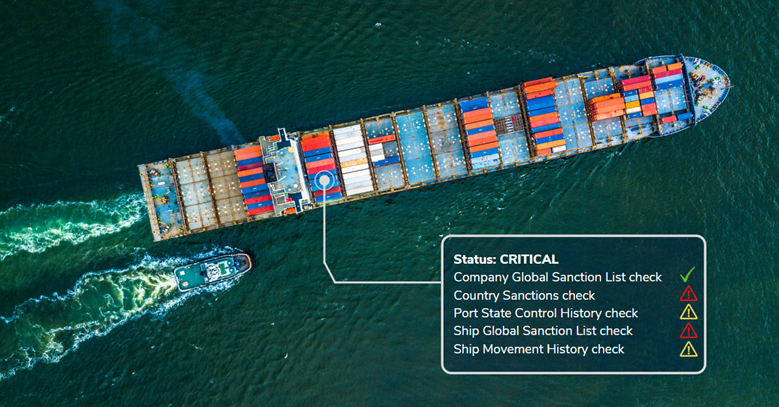 Pole Star’s patented ‘hybrid’, persistent tracking technology, within our PurpleTRAC tracking and sanctions screening solution, is unlike any other commercially available maritime service. It provides an enhanced vessel tracking capability through the combination of two onboard data services: AIS and Inmarsat/Iridium.

Further in line with this advisory, PurpleTRAC now has a new extension: Bill of Lading Verification (BLV), which allows customers to significantly extend their documentary fraud risk and compliance investigations by verifying bills of lading in real time.

PurpleTRAC is also used by flag administrations and can be operated alongside our Maritime Domain Awareness solution for full visibility of your maritime domain.

Get in touch with us now at sales@polestarglobal.com to learn more about how we can assist you in staying on the right side of regulators. 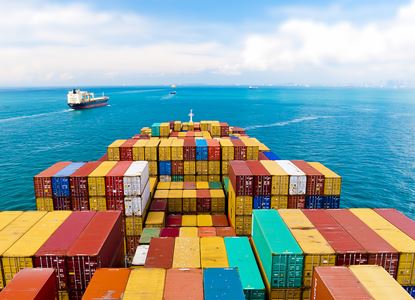 Sanctions Compliance Programmes: Where Do I Begin?

Read Sanctions Compliance Programmes: Where Do I Begin? Article

Webinar: ESG Innovations in Trade Finance and the Maritime Industry

Read Webinar: ESG Innovations in Trade Finance and the Maritime Industry Article
Back to top